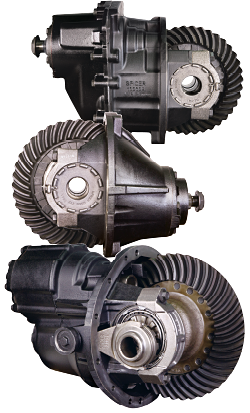 MERITOR REBUILDING SERVICE:
We offer complete rebuilding and repair services for all Meritor differential models as well as discount parts for the do-it-yourself crowd.
No matter what model you have we ca rebuild it for you and we pay for the return shipping. We also will pick up your unit and have great freight rates due to our massive volume.

REBUILT MERITOR DIFFERENTIAL EXCHANGE:
In Stock Meritor Models Including: Diff assemblies. drive axles, transfer cases and rear-ends.
Rebuilt exchange units save you time and money by getting your truck or equipment back on the job much faster.

For the highest quality Meritor differentials, driveline components, transfer cases and parts call Truck Drivetrain Co today. 855 844-SALE | 855 844-7253
We will assist you to locate the Meritor parts you need as well as offering expert technical advice.

We want to be your most reliable source for all your Meritor differentials, component and parts needs and will do whatever it takes to secure you as a customer.
Give us a call today and speak to one of our expert technicians or parts specialists regarding any needs you may have.